In 1909, portions of the Culebra Archipelago were designated as a wildlife reserve in accordance with an Executive Order signed by President Theodore Roosevelt. Administration of the Culebra lands was the responsibility of the U.S. Navy and the wildlife reserve designation was subject to naval and lighthouse purposes. Several of the small islands of the archipelago, as well as the Flamenco Peninsula, were used for gunnery and bombing practice by the U.S. Navy and Marine Corps until their departure in 1976. The following year, portions of the Navy-administered lands were transferred to the Commonwealth of Puerto Rico and jurisdiction over other portions was transferred to the Service. On-site administration of the refuge was established in 1983. Approximately one quarter of the Culebra archipelago’s total land mass is now included within the Culebra NWR.

The original purpose for the refuge designation was established by Executive Order 1042, dated February 27, 1909. This document stated that the designated area provides “… a refuge and breeding ground for native birds.” Additional purposes were identified when administration of the land was transferred to the Service because of its “… particular value in carrying out the national migratory bird management program.” The National Wildlife Refuge System Administration Act provides further guidance for the management of all national wildlife refuges by identifying “… conservation, management, and … restoration of the fish, wildlife, and plant resources and their habitats … for the benefit of present and future generations of Americans…” as refuge purposes.

Portions of the Culebra NWR lands were used for military training activities including ship-to-shore and aerial bombardment from 1936 until late 1975. In response to protest from the people of Culebra over the destruction of wildlife and public safety hazards posed by live-fire training on Culebra, Congress included provisions in Section 204 of the Reserve Forces Facilities Authorization Act of 1974, directing the Navy to cease its operations on and around the island and to relocate them elsewhere. When the Navy departed, the lands were transferred to the Commonwealth of Puerto Rico and the Department of the Interior.

The Culebra National Wildlife Refuge includes trails on Culebrita Island (opened to the public from 6am to 6pm), an observational tower near the office, and a boardwalk in Caño Bruley (mangrove forest) to observe marsh birds. Portions of the refuge are available for a variety of public use opportunities, however, significant areas are closed to public access because of safety issues related to the presence dangerous remains of former military activities. Please contact the refuge wildlife biologist for more information regarding opened area for public. Fourteen species of seabirds nest in the Culebra Archipelago including Audubon’s Shearwater, Masked Booby, Brown Booby, Red-footed Booby, White-tailed Tropicbird, Red-billed Tropicbird, Laughing Gull, Royal Tern, Sandwich Tern, Cayenne Tern, Roseate Tern, Bridled Tern, Sooty Tern, and Brown Noddy. Flamenco peninsula and nearby cays annually support nesting colonies totaling 30-40,000 pairs of Sooty Terns, while other portions of the refuge provide habitat for Brown Noddies, with estimated nesting populations of 800 pairs, Tropicbirds (White-tailed and Red-billed), Boobies, Frigatebirds (no nesting documented), Laughing Gulls, and others.

With more than 30 species, wading birds make up the second largest group of bird species found in the refuge. This category loosely groups marsh birds, shorebirds, egrets, and herons. With the exception of cattle egrets that are found in inland grassy areas often with livestock, the majority of wading birds on the refuge are associated with mangrove-lagoon complexes and shorelines bordering the Culebra coast. The numbers of birds within this category on the refuge also vary throughout the year with migratory patterns. Many of these species, however, are found on refuge during all seasons of the year, with greater numbers during winter when migrants from northern areas are present. Other representatives of this group include the Great Egret, Snowy Egret, Tricolored Heron, Little Blue Heron, Great Blue Heron, Yellow-crowned Heron, Least Bittern, Clapper Rail, Sora Rail, Common Moorhen, Caribbean Coot, Semipalmated Plover, Snowy Plover, Wilson’s Plover, Killdeer, Common Snipe, Spotted Sandpiper, Lesser and Greater Yellowlegs, Semipalmated Sandpiper, Short-billed Dowitcher, Black-necked Stilt, and others.

Waterfowl generally refers to swans, geese, and ducks, however, the first two are not present on Culebra, but ducks do occur as both resident and migratory species. The most frequently seen waterfowl species on the refuge areas is the White-cheeked Pintail. White-cheeked Pintails are often seen at Flamenco Lagoon and nesting of this species on Cayo Motojo has been documented. West Indian Whistling Ducks and Ruddy Ducks are considered residents, while Blue-winged Teal and Lesser Scaup, and other less frequently seen species, are winter migrants

The offices is located in the road 250 km 4.2 Lower Camp Sector in the Frailes Ward, Culebra, PR. The refuge does not have a entrance fee and the office is open from Monday to Friday from 8:00am to 4:00pm. It is recommended that you call before arriving at the office. Personnel invest time in the field and the office can be close during field work.

The refuge does not offer tours due to staff limitation, but the area open for the public is easy to access and maps can be provided. Culebrita Island and Luis Peña Cay (unique offshore cays open to the public) can be accessed by water taxis.

Puerto Rico’s Birds in Photographs: An Illustrated Guide Including the Virgin Islands by Mark Oberle 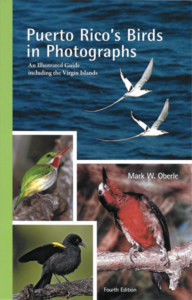 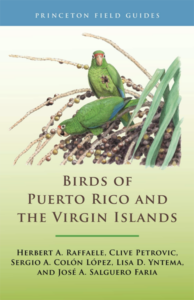